Somebody in my Social Media Marketing class at UC Berkeley today asked me, ” How is yoga and ayurveda related?”  I knew right away then, I had to write Part II of the ‘ The Yoga-Ayurveda Union’ blog to explain the relation between the two better.

Yoga has many forms, the 4 main of which are Karma Yoga, Bhakti Yoga, Jnana Yoga and Raja Yoga. In his Yoga Sutras, the sage Patanjali, attributed as the father of Yoga, defines it as the ‘cessation of all changes in the mind stuff.’ Yoga is also based on a fundamental philosophy that is related to other Hindu schools of thought.

Yoga and Ayurveda are both referred to as sister sciences in terms of ‘self-healing and self-realizations’. Both originated in ancient India, from a Vedic background and are based on the same philosophy; they even share a lot of practices. Ayurveda, (also called the yogic form of healing) aims at taking us back to harmony with our true Self (Atman). Hence Ayurveda is defined as the means of harmonizing the body, prana, mind and soul. Through some quirk of coincidence, the sage Patanjali defines Yoga as ‘cessation of all changes in the mind stuff in a bid to realize the Ultimate Truth.

Yoga is considered the spiritual branch of Ayurveda and Ayurveda, the therapeutic aspect of Yoga. 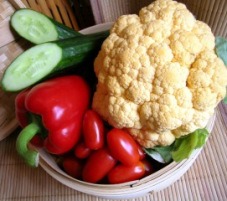 During my internship at the UCSF Osher Center for Integrative...

Today every decision we take in our life is carefully...